Rare Legend Films is a small (but agile) production company located in the heart of the Utah film scene, Salt Lake City. It was started by Lee Gardner, Aaron Justesen and Blake Casselman, three guys with a passion for the art of cinema and with a combined 25 years of experience in film. This team has produced numerous short films and commercials since 2005. They are currently in post-production on their first feature film, a Comedy called “Adopting Trouble,” are working on a military sci-fi project, and have a TV pilot and several feature films in different stages of development. 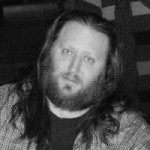 With a filmmaking pedigree while being raised in Sacramento, California (his father is an independent filmmaker), he grew up aspiring to make films. He started with short films and commercials, winning several awards at festivals for directing the films, “The Best $250” and “Simple Inquisition,” and received an Honorable Mention in the Utah Film Commission’s annual Spot On commercial contest. Self- taught, he has lent his considerable skills to numerous independent film productions as a director of photography, cameraman, gaffer, sound-mixer, production designer, prop-maker, editor, and sound designer, and has worked and studied to improve the many skills required to direct motion pictures. 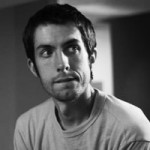 Hails from Sanpete County in Central Utah, where he made several short films on his own before becoming part of Rare Legend Films. He has produced the award-winning short films “The Best $250” and “Simple Inquisition.” His side project of producing prank videos has landed him an appearance on the “Tonight Show with Jay Leno,” and has led to his work being featured on “The Ellen Degeneres Show.” 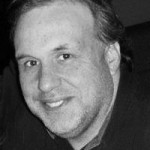 Grew up in Northern California and Utah, graduated from the University of Utah’s film program, and has been working in the Utah film scene as a screenwriter and a producer since 2006. An avid comic book fan, he is the co-writer/co-creator of an independent graphic novel series called “Devil’s Triangle.” He was a producer on the award-winning film, “Capital Punishment,” and wrote and co-produced the fan film, “Flight from Shadow” and the promotional short, “The Golden Crowns of Ellisande,” both based on Robert Jordan’s “Wheel of Time” Fantasy book series. He also co-wrote the Dark Fantasy film, “Kiss the Devil in the Dark” starring Doug Jones (“Hellboy” “Pan’s Labyrinth”) Dameon Clark (“A Scanner Darkly” “24”) and Amrita Acharia (“Game of Thrones”). He serves as the Program Director and Film Festival Director for the Salt Lake Comic Con, leads the Facebook group Utah Film Writers, and teaches film and writing classes as an Adjunct Instructor at Broadview Entertainment & Arts University.