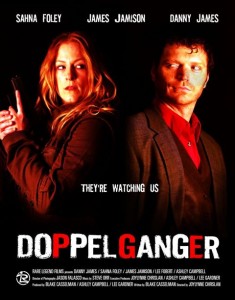 A man convicted of a brutal double homicide is convinced the actual killer has assumed his identity. With the help of a homicide detective seeking redemption and priest from his past, he fights to clear his name and regain his freedom.

“Doppelganger” premiered at the 2012 World Horror Convention Film Festival and was screened at the 2013 Salt Lake Comic Con.